Home » What is IBS? » The Low FODMAP Diet: Elimination is the Beginning NOT the End

The team at Monash University in Australia, led by Professor Peter Gibson MD, developed the low FODMAP diet. In its strictest sense it is not so much a diet as it is a diagnostic tool for helping to determine whether foods in your diet are involved in contributing to your gastrointestinal symptoms. Some IBS sufferers have unfortunately been using the low FODMAP diet as a forever elimination diet whereas it was designed to be a three phase process. Taking on the three phase diet process by yourself is not recommended. An experienced FODMAP Dietitian is your best ally for using this diet as a diagnostic tool for symptoms.

The FODMAP acronym was coined to classify groups of carbohydrates (sugars and fibers) found in foods and beverages, that are similar. These carbohydrates have been shown to be poorly absorbed in individuals living with digestive sensitivities, including Irritable Bowel Syndrome (IBS), resulting in gastrointestinal symptoms including abdominal pain, bloating and gas, constipation and/or diarrhea. Further research acknowledged that diet could be responsible for IBS symptoms. In turn, limiting dietary FODMAPs has become an effective treatment test in susceptible people, for treating their symptoms of IBS.

There are many online sources for listings of foods which contain FODMAPs; however, the most accurate and trusted resource is directly from Monash University. Monash University, Medicine Nursing and Health Sciences has created an up-to-date

which maintains a current list of FODMAP containing foods. It will provide the most current information of FODMAP because it is updated often as new foods are tested.

What are the three phases?

During this 2 to 6 week phase, a trained FODMAP Dietitian can help diagnose your FODMAP sensitivity by completely eliminating FODMAP-laden foods. If after 6 weeks, you have not seen any improvement in your symptoms without the foods, then it is not likely FODMAP foods are the cause for your symptoms. You will want to book a visit with your doctor to look at other causes.

If you have succeeded in reducing your symptoms by the Elimination phase, then you are ready to begin to challenge yourself by re-introducing high FODMAP foods in a very controlled manner, back into your diet. It is during this phase that you will find the culprit FODMAP foods or what amount you can tolerate without causing symptoms. Your Dietitian can tailor and adjust the diet for you so as to provide accurate results.

If you’ve made it this far then you have succeeded in finding the FODMAP foods which were contributing to your symptoms. You have found how much of a certain FODMAP food you can tolerate and which ones should you completely shy away from. A Dietitian will review your list of foods and assess what problems may have arisen by the elimination of some essential nutrients as a result of the challenge phase. They will determine other sources for those nutrients. A maintenance diet will be developed with you for a long term diet which supports your health and wellbeing.

This diet and re-introduction process can feel rather overwhelming. Adding back foods into your diet that may have caused you pain in the first place can be very frightening. If you consider this as a diagnostic tool rather than a forever elimination diet you will get there. Taking tiny steps slowly during the re-introduction phase by re-introducing high FODMAP foods little by little will in the end hopefully get you to a better place. 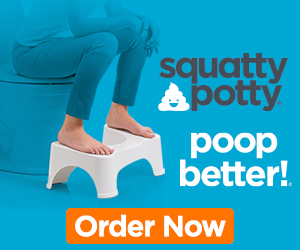